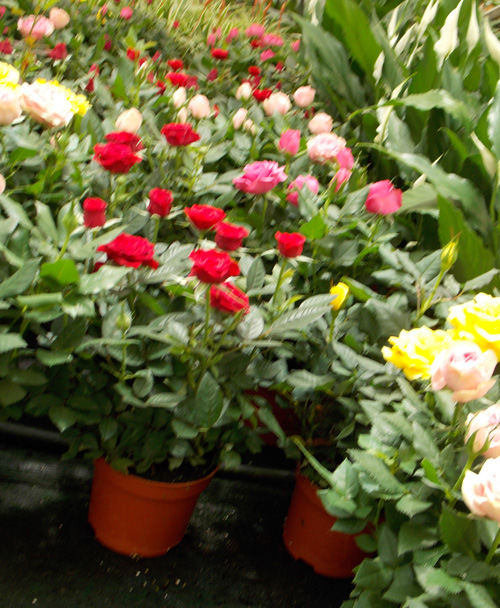 A rose is a woody perennial flowering plant of the genus Rosa, in the family Rosaceae, or the flower it bears. There are over a hundred species and thousands of cultivars. They form a group of plants that can be erect shrubs, climbing or trailing with stems that are often armed with sharp prickles.

The flowers of most species have five petals, with the exception of Rosa sericea, which usually has only four. Each petal is divided into two distinct lobes and is usually white or pink, though in a few species yellow or red. Beneath the petals are five sepals (or in the case of some Rosa sericea, four). These may be long enough to be visible when viewed from above and appear as green points alternating with the rounded petals. There are multiple superior ovaries that develop into achenes. Roses are insect-pollinated in nature.

Roses are best known as ornamental plants grown for their flowers in the garden and sometimes indoors. They have been also used for commercial perfumery and commercial cut flower crops. Some are used as landscape plants, for hedging and for other utilitarian purposes such as game cover and slope stabilization. They also have minor medicinal uses.